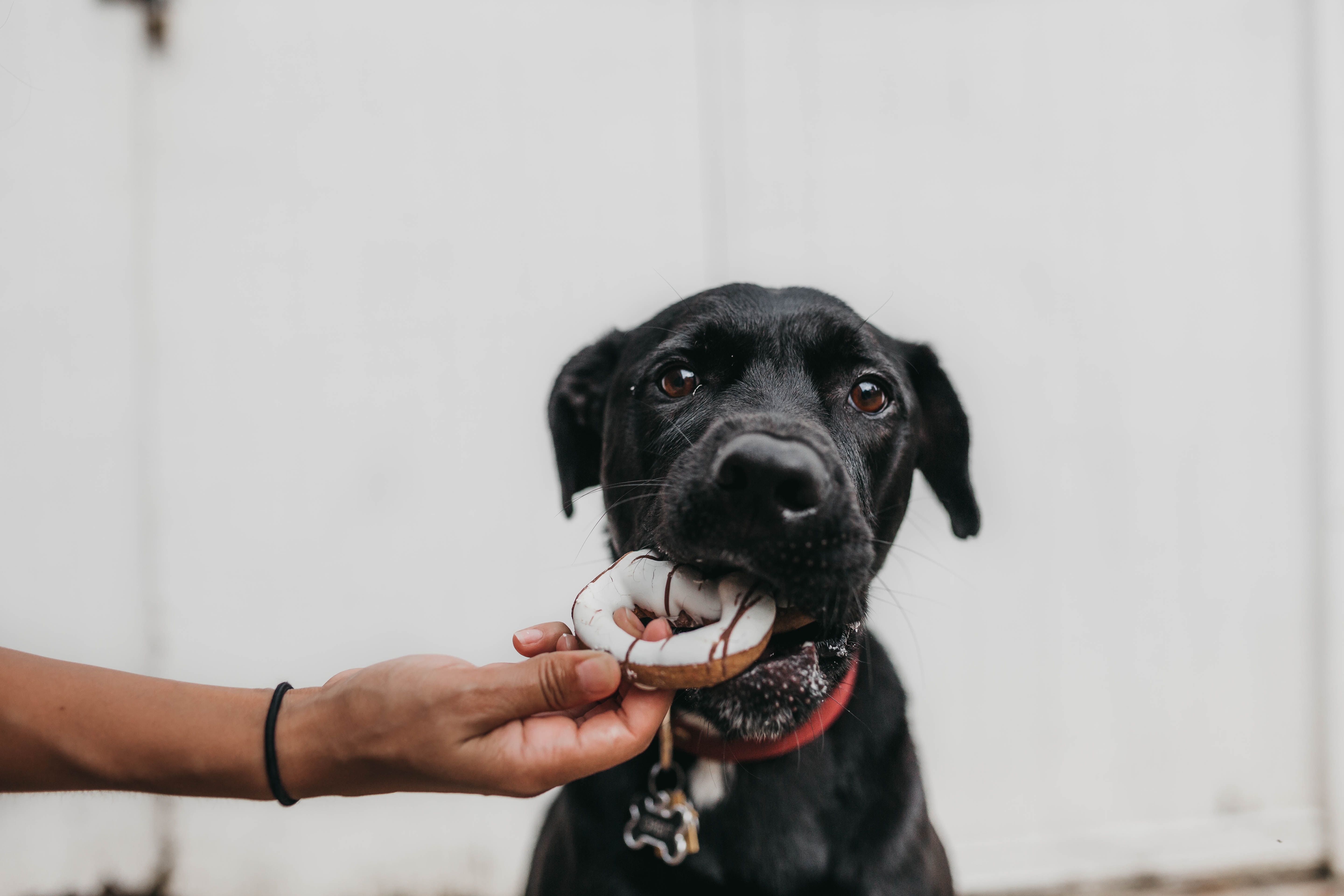 If you, as a dog owner, can refuse the heart-melting, intense stare of a begging dog, our hats off to you. They don’t call it puppy-dog eyes for nothing!

We all love our beloved canine children and want to spoil them to bits. However, you might want to think about laying off certain foods that could harm our precious pooches.

Humans and dogs don’t have the same metabolism and digestive systems. While some foods are perfectly safe for humans, even babies, the same foods can cause symptoms of food toxicity in canines.

While food poisoning in humans can mean an unpleasant few days living in a bathroom next to a toilet bowl, the same in dogs can result in severe consequences, even death.

We at Pawlyclinic would like to gently remind you to keep toxic foods away from your precious pooch, storing them securely and out of reach. In addition, trash bins should be closed and kept away from your dog’s cheeky shenanigans. Just because Fido has never raided a trash bin doesn’t mean he would never!

Food toxicity is common, and we have numerous cases each day of potential poisonings of cats and dogs. Accidents occur more frequently during the festive season, where households are busy and the pets come in second to the multitude of celebratory family members around.

Given the curious, food-loving nature of canines and natural instinct of investigating everything with their mouths, dogs account for 70 to 80% of all food toxicity cases. Chocolate and rodenticides are responsible for 25% of poisoning cases worldwide, while pharmaceuticals make up 22%. (Source)

While having your dearest canine friend polish off your leftover hokkien mee or laksa might be tempting, don’t! Unless you know exactly what is in your food, your dog might be at risk of developing toxicity symptoms from its ingredients.

Here are some foods that are poisonous to dogs and can pose a serious threat to their health.

Almost every dog parent knows not to feed dogs chocolate. The two toxic substances present in chocolate are methylxanthines theobromine and caffeine. Theobromine is also found in cola drinks and tea.

Dark chocolate is the most toxic while milk and white chocolate are less so. The methylxanthine present in cocoa solids can cause an upset stomach and adverse reaction in all dogs, especially to smaller breeds.

The theobromine present in chocolate is small enough that it can safely be consumed by humans. However, animals metabolize theobromine slower and can easily consume enough chocolate to cause a problem. So pet parents should never include chocolate in your dog's diet.

Symptoms of chocolate toxicity include:

Caffeine is a close cousin of theobromine and can cause similar symptoms.

While a teaspoon of coffee or tea does not contain significant caffeine to cause a major problem, ingesting moderate amounts of coffee grounds or tea leaves can easily cause complications to small animals.

3. Onions, Chives, Garlic, and other Alliums

These popular vegetables are members of the Allium plant family and a frequent addition to most of our dishes, whether you’re cooking at home or “tah powing” from your favourite hawker store.

They contain a harmful substance that can damage your dog's red blood cells, making them unable to carry oxygen through the body. This is as dangerous as it sounds and can be fatal.

Any disruption to the haemoglobin and red blood cells function can lead to organ failure.

While trace amounts of these vegetables might not be apparent in large dogs, tiny amounts can be toxic to smaller dogs.

While chugging your favourite brew with your best friend seems like a fun time, dogs cannot tolerate alcohol, even in small amounts.

Serious intoxications have happened when dogs are given alcohol as a joke. Ethanol, the alcohol in beverages, is absorbed rapidly by a dog’s digestive system, converting into acetone and affecting dog's nervous system and even lead to a coma or death

Alcohol can also be found in:

Symptoms of alcohol poisoning in dogs are similar to a very drunk human, like nausea, dizziness, excessive drooling and loss of body control.

Xylitol is an artificial sweetener present in many products like candy, chewing gum, toothpaste and baked foods.

If your dog digests one of these sweetened foods they can go into hypoglycaemia which is linked to liver failure and blood clotting disorders.

Blood sugar levels are controlled by the body’s release of insulin from the pancreas. In humans, xylitol does not cause any significant changes in insulin levels, but in dogs, xylitol causes a massive release of insulin, resulting in a rapid decrease in blood glucose levels. So don't let your dog eat anything high in artificial sweetener.

A sudden decrease in blood sugar can result in depression, seizures, liver damage, and death.

Commonly present in cookies and other baked goods, macadamia nuts can also trigger pancreatitis and a deadly allergic reaction. Symptoms that appear within 12 hours include abdominal pain, vomiting and tremors.

The fruit, pits, and leaves are all potentially poisonous to all animals. The fungicidal toxin persin is found in the fruit and leaves of the avocado tree, or Persea Americana.

Avocados can trigger fluid accumulation in the lungs and chest, leading to breathing difficulties and oxygen deprivation. In addition, the high fat content of avocados can lead to pancreatitis, and the large seed is a choking hazard.

Commonly found in baked goods, one of the most significant causes of poisoning in dogs are grapes and raisins. While no one knows what compound makes them poisonous, they rank among one of the most serious toxic threats for canines.

Even small amounts can cause kidney failure, vomiting, diarrhoea and loss of appetite. Some dogs are extremely susceptible to grape and raisin poisoning while others might be able to eat them with no problem, so if in doubt, leave it out!

Yeast rises in bread and expands in the digestive tract. This isn’t a problem for humans because of our larger intestines but might prove a problem for smaller dogs.

Raw yeast dough. If eaten, this can rise and ferment in your dog's stomach. The fermentation can cause alcohol poisoning, and the rising will stretch your pup's stomach to the point of pain.

Symptoms of ingesting yeast include flatulence and discomfort, but severe cases can cause ruptured intestines and stomach linings.

While tobacco isn’t technically a food, dogs have been known to chew on tobacco objects like cigarettes, chewing tobacco, and cigars.

Dogs, like people, have a multitude of nicotine receptors in their central nervous systems. If these receptors are overstimulated with excessive nicotine, poisoning can develop.

Symptoms occur between 30 and 60 minutes of ingestion and depend on the amount of nicotine and your dog’s weight.

Tobacco ingestion is highly toxic to dogs even in small amounts. Even 5 mg of nicotine can be lethal to small canines, so keep those cigarettes away from your pooch!

We love our dogs and want to share everything. However, humans and dogs are vastly different species of mammals with different metabolisms and digestive systems. You, the pet owner, are solely responsible for your dog's health and wellbeing.

You can make sure your dog has a healthy, well-balanced diet by asking your vet to suggest a quality dog food. But that doesn't mean you can't sometimes give your dog human foods as a special treat. Only give them a little. Be sure the  foods are cooked, pure, and not fatty or heavily seasoned.

Thanks for reading, and may you have a long, happy life with your furry kid! 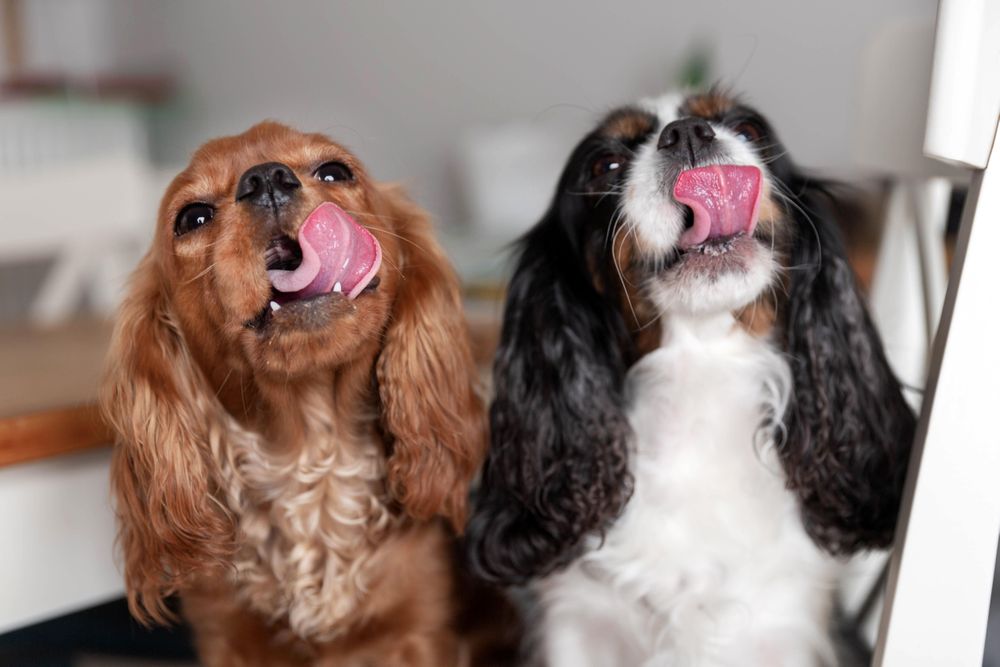 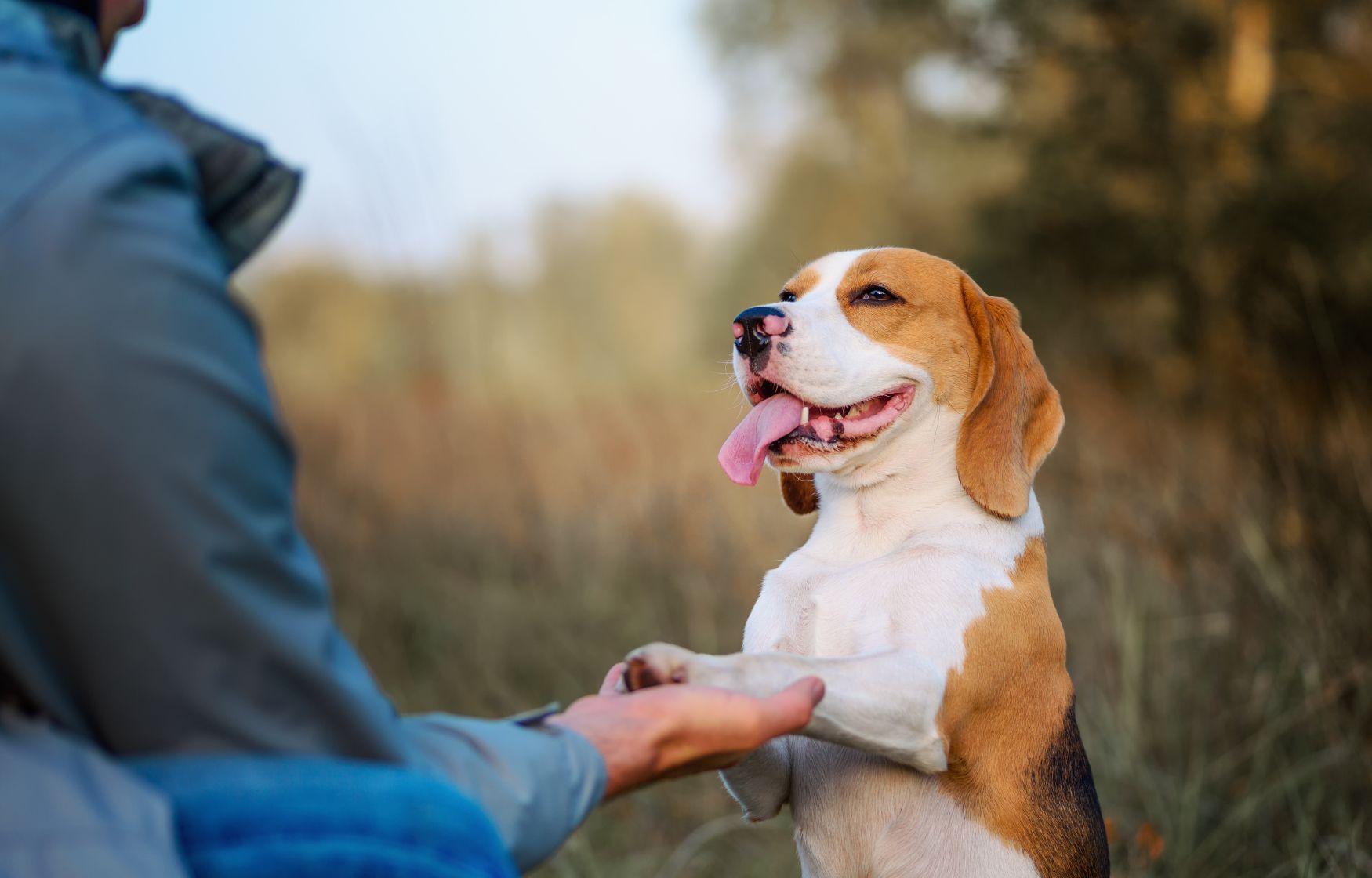 for vets & vet clinics
Vet Portal
HELP
Find a Vet Near Me
FAQs
Find Your Vet
support@pawlyclinic.com
Connect with us on WhatsApp. Click here.
+65 80289932
Only for WhatsApp messaging
QUICK LINKS
Privacy Policy
Terms and Conditions
SOCIAL